Who is a Cocaine Addict?

Some of us can answer without hesitation, “I am!” Others aren’t so sure. Cocaine Anonymous believes that no one can decide for another whether he or she is addicted. One thing is sure, though: every single one of us has denied being an addict. For months, for years, we who now freely admit that we are cocaine addicts thought that we could control cocaine when in fact it was controlling us.

“I only use on weekends,” or
“It hardly ever interferes with work,” or
“I can quit, it’s only psychologically addicting, right?” or
“I only snort, I don’t base or shoot,” or
“It’s this relationship that’s messing me up.”

Many of us are still perplexed to realize how long we went on, never getting the same high we got at the beginning, yet still insisting, and believing—so distorted was our reality—that we were getting from cocaine what actually always eluded us. We went to any lengths to get away from being ourselves. The lines got fatter; the grams went faster; the week’s stash was all used up today. We found ourselves scraping envelopes and baggies with razor blades, scratching the last flakes from the corners of brown bottles, snorting or smoking any white speck from the floor when we ran out. We, who prided ourselves on our fine-tuned state of mind! Nothing mattered more to us than the straw, the pipe, the needle. Even if it made us feel miserable, we had to have it.

Some of us mixed cocaine with alcohol or other drugs and found temporary relief in the change, but in the end, it only compounded our problems. We tried quitting by ourselves, finally, and managed to do so for periods of time. After a month, we imagined we were in control. We thought our system was cleaned out and we could get the old high again, using half as much. This time, we’d be careful not to go overboard. But we only found ourselves back where we were before, and worse.

We never left the house without using first. We didn’t make love without using. We didn’t talk on the phone without coke. We couldn’t fall asleep; sometimes it seemed we couldn’t even breathe without cocaine. We tried changing jobs, apartments, cities, lovers—believing that our lives were being screwed up by circumstances, places, people. Perhaps we saw a cocaine friend die of respiratory arrest, and still we went on using! But eventually we had to face facts. We had to admit that cocaine was a serious problem in our lives, that we were addicts.

What Brought Us to Cocaine Anonymous?

Some of us hit a physical bottom. It may have been anything from a nosebleed which frightened us, to sexual impotence, to loss of sensation in or temporary paralysis of a limb, to a loss of consciousness and a trip to an emergency room, to a cocaine-induced stroke that left us disabled. Maybe it was finally our gaunt reflection in the mirror.

Others of us hit an emotional or spiritual bottom. The good times were gone, the coke life was over. No matter how much we used, we never again achieved elation, only a temporary release from the depression of coming down, and often, not even that. We suffered violent mood swings. Perhaps we awoke to our predicament after threatening or actually harming a loved one, desperately demanding imagined hidden money. We were overcome by feelings of alienation from friends, loved ones, parents, children, society, from the sky, from everything wholesome. Even the dealer we thought was our friend turned into a stranger when we went to him without money. Perhaps we awoke in dread of the isolation we had created for ourselves—using alone, suffocated by our self-centered fear and our paranoia. We were spiritually and emotionally deadened. Perhaps we thought of suicide, or tried it.

We Have A Solution! 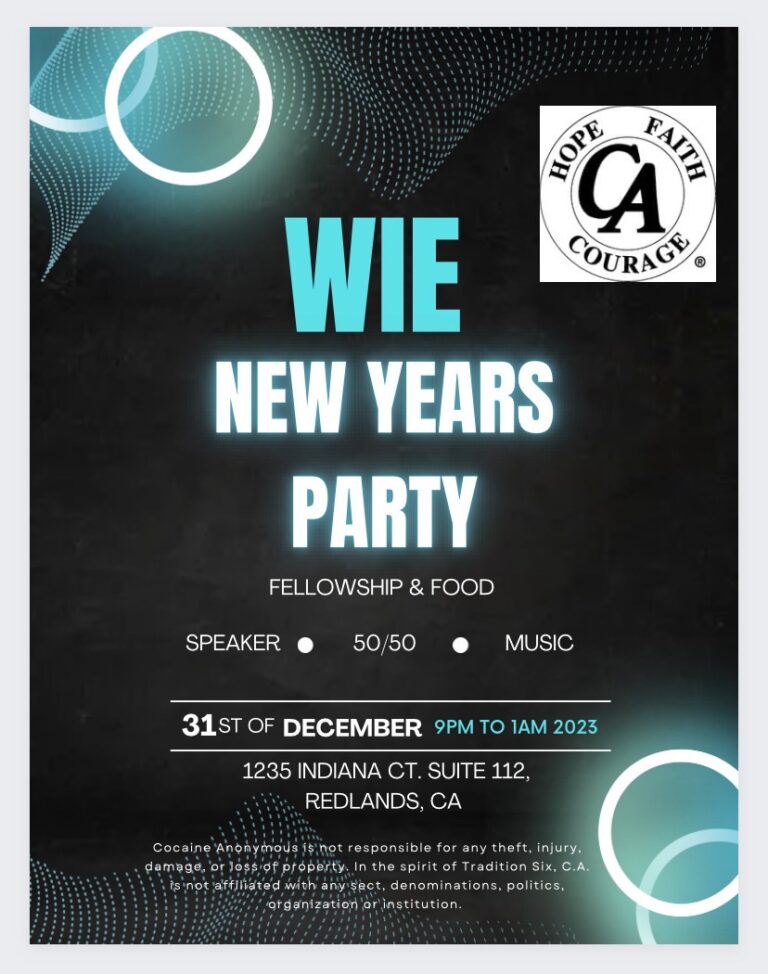 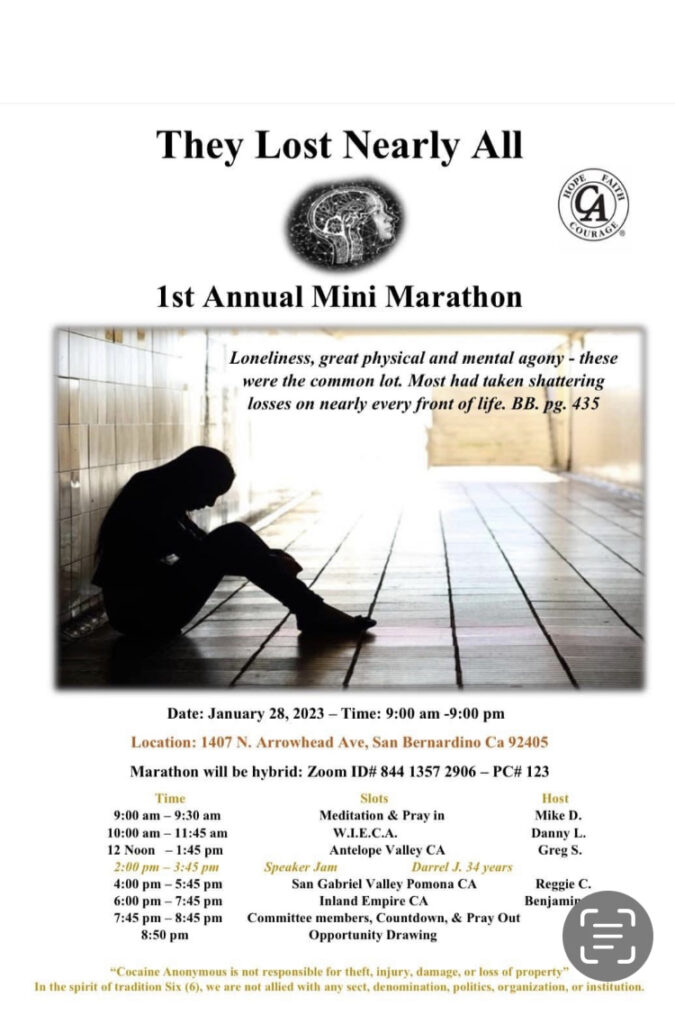